Our client approached us as she had received a pre-retirement pack from an old company occupational pension scheme, from a well known high street name.

This was for a relatively small plan value, and the pension offered was only £70 a year. Our client asked if we could arrange for her to draw the whole fund as cash. Alternatively she wondered if we could transfer the fund to add to her existing sizeable pension benefits that we manage.

Our solution: drawing funds from an occupational pension

We examined the data and advised that it was in her best interests to draw the fund. There was quite a sizeable penalty on making a transfer, but not on drawing the funds directly from the scheme. The latter option was clearly preferable. The transfer would only be a last resort.

The retirement paperwork gave options for drawing the fund as a one-off payment under the triviality rules. However our client did not qualify to use these as her overall pension savings were too high.

We therefore considered drawing the benefits under the small pot rules, where you can draw plans of up to £10,000 as one off payments. There are various versions of these rules depending on the type of scheme, but they are quite straightforward for occupational schemes.

The challenge: changing the rules

There was no option for this in the paperwork, so we contacted the scheme administrators to ask for this.

The administrators confirmed our understanding that we could use these rules, but they then advised that the scheme have chosen not to adopt the rules that actually allow this. They also advised that they thought the scheme had a lot of members in a similar situation, with small pots, who would probably prefer, or have preferred, to draw the funds as cash.

We thought this was worth challenging, as it would actually cost our client quite a sum of money if she transferred her benefits instead. We drafted a letter for her to send to the scheme trustees to ask them to change their stance.

The occupational pension administrators then advised us that they had reviewed our data. As a result they chose to adopt the rules which would benefit our client.

This decision meant our client was better off. But crucially it also opened up this option for other members of the scheme.

Please note though, drawing a cash payment rather than a pension is often not the right choice. Advice is important, as shown by this case, where we were able to provide an option our client would have not known was even available.

If you would like advice on your occupational pension please contact us on 01543 410 512 or email us on enquiries@acuityfinancial.co.uk 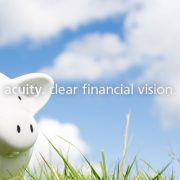 What is pension tax relief?

When we are advising clients on their pension options, we often need to explain pension tax relief. Tax relief is the biggest advantage that pensions have over ordinary investments. This is an incentive set by the government to encourage you to pay into your pension pot. When you pay money into a pension, the government refunds the tax that you paid on this this part of your income meaning the amount is immediately boosted by tax relief. Usually you don’t need to worry about this. Your pension provider will claim it as tax relief on your behalf and add it to your pension pot. You get relief at source in all personal and stakeholder pensions, and some workplace pensions.

What are the current rates?

What are the potential changes to pension tax relief?

However, many people within the financial services industry  are speculating that the budget on 11 March may see reforms in this area. There is a suggestion that we may see changes for higher rate tax payers, with a reduction in the tax relief rate from 40% to 20% tax relief. If this is the case, higher rate tax payers would do well to make any pension deposits before the budget. There is unlikely to be any change for basic rate tax payers.
Of course, this is likely to be a highly unpopular move. The Chancellor may decide not to make this change at this time. However, it is a significant change that has been discussed for several years. If it does not happen in this budget, it is still likely to happen in the foreseeable future.

If you are a higher rate tax payer and would like to talk to us about the most efficient way to save for your future, please get in touch and arrange a meeting with one of our independent financial advisers.

What other pension changes may be announced?

We might also see an announcement in the budget about pensions dashboards. This would help people keep track of their retirement savings by displaying all of their pension pots, including the state pension, in one place online. This has been promised in previous budgets, but the December Queen’s Speech announced the Pensions Schemes Bill which should include this change.

This is a question that our clients always ask us when we are discussing their private pension arrangements. Putting money away every month or year to benefit us at some point in the future is a major decision to make, and can feel very unreal, when you are more concerned about covering your day to day costs. Of course as advisers, we don’t actually tell you the answer! It is very much your decision. But we can tell you the things we discuss with clients when we are looking at their pension options.

How long until you retire?

The conversation about how much you should invest will very much depend on how long you have until you retire. Put simply, if you are in your thirties or forties your pension pot has longer to grow than if you have reached your mid fifties. You may also have a view about what age you want to be when you retire. Don’t forget you can currently claim the state pension on reaching 66, but this is set to increase, meaning many of us won’t be able to claim that until you are 68.

What other pension arrangements do you have in place?

Very often when we speak to clients they have had a number of previous jobs. This is likely to mean that they have a number of other pension pots in place, some of which they may have forgotten about. If you can find the details of those other pensions before you come and talk to us, this will help us advise you as to the best course of action. You may be able to transfer some of those pots into a new personal product which you then pay into regularly.

How much risk are you comfortable with?

This is a very personal decision and one we can support you with. Some of our clients want a very secure investment and others are happy to take a little more risk. Some pensions will include a combination of funds, so you can benefit from both approaches.

What are your retirement plans?

This can be the most enjoyable part of pension planning! Some people’s retirement plans include travelling the world and supporting their grandchildren. Others have ambitions simply to remain active and enjoy their garden. Whatever your plans are it is worth remembering that the basic state pension is just £129.20 a week in 2019/20. However modest your plans, we suspect you are going to want a little more than that to live on.

What pension contributions can you afford?

This is an essential question, and it would be worth considering before you come to talk to us. Ideally you would be able to put aside a sum every month to invest, so do think about a sum that is affordable for you.
Don’t forget that whatever you put into your pension, you automatically get 20% tax back from the Government as an additional deposit. So for example £200 a month from your bank account means £250 a month goes into your pension.

What if things change?

Don’t forget, we offer all of our pension clients an annual review, so if your circumstances change, you can adjust the amount you put into your pension.

If you would like to review your existing pension arrangements, contact us on 01543 410512 and make an appointment to see one of our advisers.